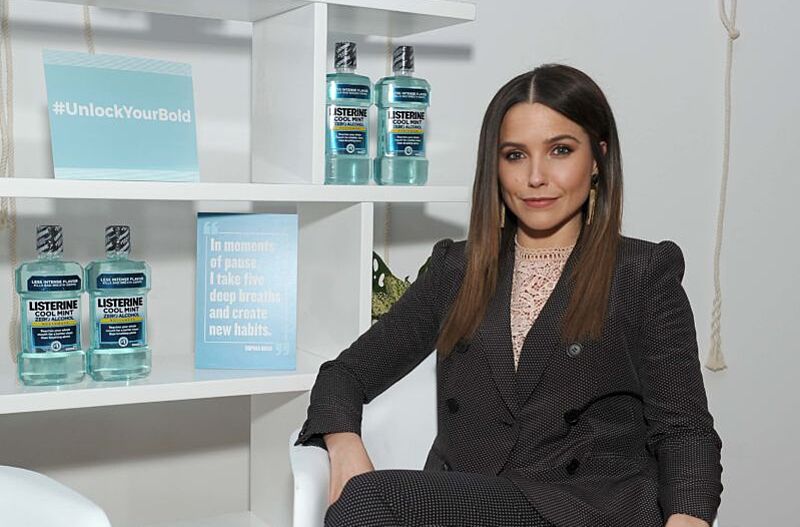 ‘Chicago PD’ season 4, episode 23 preview: ‘Fork in the Road’ by Maria Smith
15 reasons why we love Chicago Justice: It’s perfect for One Chicago by Brittany Frederick

Ahead of the ‘Chicago PD’ season finale, Sophia Bush told One Chicago Center how she’s always bold – and what she knows about Erin Lindsay’s father.

Erin Lindsay doesn’t let anything hold her back on Chicago PD, and neither does Sophia Bush. She is as strong off-screen as she is on the show, and she’s trying to help fans do the same, while she answers one of their most burning questions.

One Chicago Center spoke to Sophia in advance of tonight’s Chicago PD season finale, while she was in New York participating in LISTERINE’s #UnlockYourBold brand launch event that aims to help people turn the small moments in their lives into major moments.

Sophia is a proponent of wellness and finding ways to be your best self, which was how she wound up as part of the program and the panel discussion that took place Monday.

“Just talking so much about wellness and health care drew me to this campaign,” she said. “How to meditate and how does that work with your schedule, and I ended up having a pretty inspiring conversation.

“We decided we wanted to have it in a more open setting and invite people to the panel and really just encourage everyone to slow down, because the world can feel like a rat race at times.”

She certainly knows about needing to get the most out of every moment in her life. Sophia’s schedule on Chicago PD can keep her very busy, shooting 22 to 23 episodes a season, in addition to the projects she’s involved in outside of the show and having a life of her own. How is she able to balance everything going on in her world?

“I really started learning that I have to create habits for myself, because my work is pretty crazy,” Sophia explained to us. “The schedule is packed. On average [the show shoots] 16 hours a day and there’s normally 150 people around, so there’s a lot of energy and a lot of chatter and a lot of people that need something from you. So I learned over the years to create a little bit of my own space to recharge.

“I generally go into work a little bit earlier than everyone else now, and I’ll go through my first meal of the day and hair and makeup 20 minutes to 30 minutes before some people even come in,” she continued.

“And I take about 30 minutes—I’ll go back to my trailer and put on a meditation, I’ll go back in there and do ten minutes of yoga. I really try to just have a little bit of time to myself before I jump onto set, which as I mentioned is a hundred-plus people at a time.

“As much as I love spending time with my crew, I have lunches to myself as well. I’ll go in my trailer, take a nap for twenty minutes and really make sure I’m just giving myself a little bit of space, so when I get back to set for the second chunk of the day I’m really at my best.”

Her Chicago PD character Erin Lindsay could certainly use some space, or maybe a vacation, or at least a stress reduction program. With all the drama both professional and personal that Lindsay has gone through in Season 4, what advice would Sophia give Lindsay for getting a better hold on her life?

“It’s so hard!” she admitted. “I want her to be taking care of herself, but as an actor and a director I do know the value of drama to a show…when somebody’s stressed out or having a rough time or dealing with relationship drama or whatever the issue is.

“I was joking the other day that I always play these characters who have terrible relationships with their mother,” she laughed. “My mom’s the best!”

Lindsay’s mom, on the other hand, will continue to cause problems for her daughter in tonight’s season finale. How would Sophia describe what Lindsay’s facing at the end of Season 4?

“She really winds up going down some rabbit holes that are unexpected, even for me,” she teased, “that I really, really had a good time getting to act.”

The most burning question surrounding Lindsay is the identity of her father. She thought that it was ex-con Jimmy Sanguinetti, but a DNA test courtesy of Jay Halstead (Jesse Lee Soffer) proved he wasn’t. Fans are convinced that Lindsay’s father figure Hank Voight (Jason Beghe) is her actual father, but sorry, Sophia told us that’s not true.

“I always try to tell the fans, they’re always so curious about this,” she said, explaining that the key is in a scene you never saw. “We tend to lose about eight to ten minutes per episode on the cutting room floor just because we have characters to service and a storyline to carry out. A lot of the personal stuff goes by the wayside.

“There was a clarification about [Voight], that we filmed, but it didn’t make it into the episode,” she revealed, “and I was like, you guys are torturing me so bad—you made them think Voight could be Lindsay’s dad, and you didn’t let them see the resolution as to why he’s not.

“As far as what I know as an actor, he isn’t,” she continued, “but I guess since it hasn’t aired, that could change at some point. I do know and I can say with confidence, that’s not the intention for any of the writers.”

Whenever all the drama, paternity and otherwise, subsides is there anything that Sophia would like to see for Erin Lindsay in the next season of Chicago PD?

“That’s hard for me,” she said. “I have all sorts of things about the character and the show. I trust our writers explicitly and adore them.”

What she is definitely hoping for is that fans take a cue from Erin Lindsay and be bold and make a difference in their own lives. “I want to make sure everyone just stays engaged and supports our communities,” she concluded. “We really have to be supportive of one another.”

For more on LISTERINE’s #UnlockYourBold campaign, check out the brand’s official website. You can also keep up with Sophia on Twitter (@SophiaBush). And of course, don’t miss her in tonight’s Chicago PD season finale!