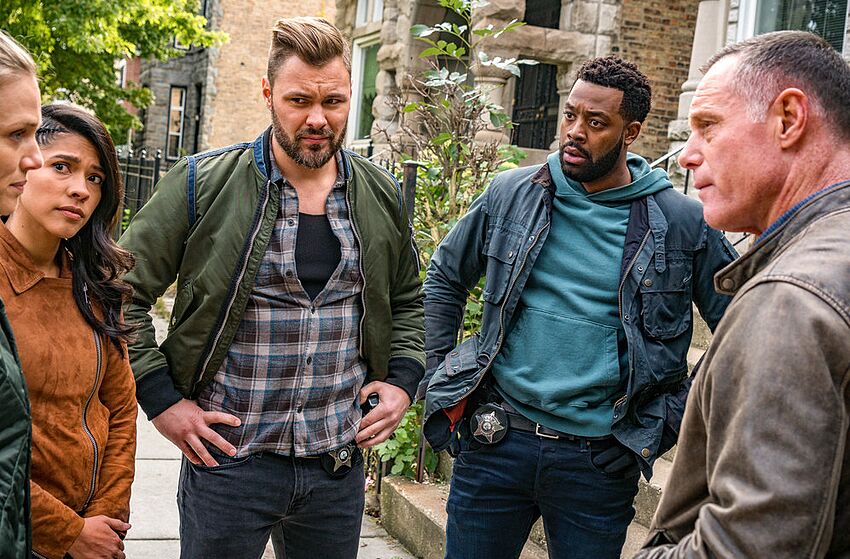 Before Chicago PD season 7 returns, refresh your memory on everything that’s happened on Chicago PD during the first nine episodes.

It’s less than a week until Chicago PD comes back, so do you remember everything and everyone important from the first part of the season? If you don’t, never fear—we’ve put together this quick catch-up guide!

One Chicago’s police drama has been off the air for almost two months, and that’s no small winter hiatus! Not to mention, there have already been some sizeable plot twists as well as one cliffhanger ending. So there’s a lot of information to pick back up if you want to be prepared for the spring premiere next week.

Here’s everything you need to know about Chicago PD season 7 so far.

Character comings and goings: Antonio Dawson (Jon Seda) was dropped from the show after season 6. His absence was explained in season 7 by Antonio having relapsed on drugs and being taken by Hank Voight (Jason Beghe) to a second, secret rehab program.

A later episode mentioned that Antonio had finished rehab again and moved to Puerto Rico. His sister Gabriela Dawson (Monica Raymund) confirmed that he had joined her there and was working with her organization when she guest starred on Chicago Fire.

Replacing Seda on the series was Lisseth Chavez, who appeared in the season’s second episode as undercover cop Vanessa Rojas. Rojas joined Intelligence in the next episode and Chavez became a series regular simultaneously.

Who killed Kelton: Former Superintendent Brian Kelton (recurring guest star John C. McGinley) was revealed to have been murdered by his ex-deputy Katherine Brennan (recurring guest star Anne Heche). Brennan had wanted to commit suicide, but she was arrested just before she could do so, much to Voight’s annoyance—as he had cut a deal with her.

New recurring character: The same episode that introduced Rojas also introduced drug dealer Darius Walker (recurring guest star Michael Beach). Walker’s Robin Hood-esque mission made Voight believe that he could use him as an informant rather than arrest him; so far that hasn’t worked out so well for Voight, as Darius’s cooperation has always come with a catch.

Burgess’s pregnancy: Kim Burgess (Marina Squerciati) hooked back up with ex-fiancee Adam Ruzek (Patrick John Flueger) at the end of the One Chicago crossover, and then found out that she was pregnant with his baby. She has not yet decided what she’s going to do with the baby, but that’s going to happen soon.

The big mistake: Intelligence utilized a facial recognition program that the new Superintendent was keen to push, except that it falsely identified an innocent man. The guy ended up being killed after being sent to lockup, but instead of own up, Voight and the Superintendent decided to frame him to save both their skins.

A guilty Jay Halstead (Jesse Lee Soffer) tried to do right by the victim’s widow, but ended up being taken hostage with her instead—and when she found out who he really was, she shot him. Will Halstead survive? We’ll find out next week when Chicago PD starts again.