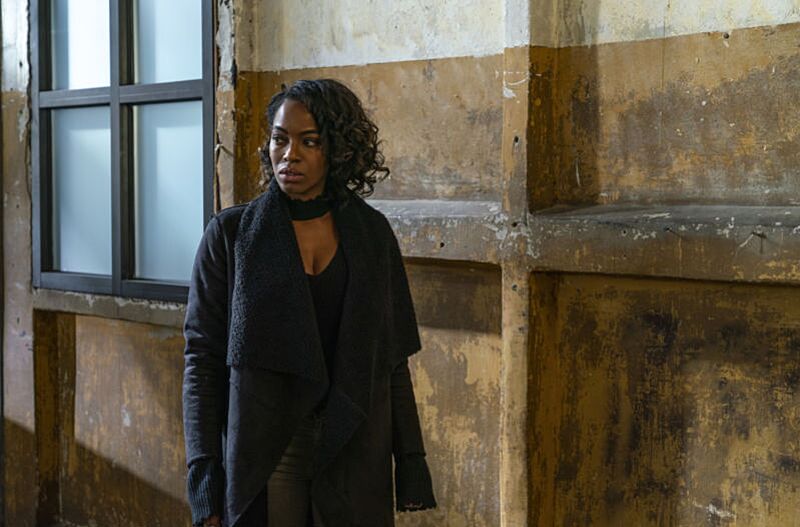 "Identity Crisis" -- When a judge and her daughter are murdered after she sentenced a man to life in prison, Maggie and OA search for the killer behind a possible retaliation. Dana has a vested interest in this case as she has a history with the victim, on FBI, Tuesday, Jan. 8 (9:00-10:00 PM, ET/PT) on the CBS Television Network. Pictured: Milauna Jemai Jackson Photo: Michael Parmelee/CBS ÃÂ©2018 CBS Broadcasting, Inc. All Rights Reserved

If you’re a fan of Chicago PD, you’ll want to make time tonight for the FBI midseason premiere, as there are several ties between this episode and the One Chicago police drama.

The episode, “Identity Crisis,” includes Milauna Jemai Jackson as the featured guest star. Fans will recognize Jackson from playing Laila, the love interest of Kevin Atwater (LaRoyce Hawkins), in the Chicago PD installment “Black and Blue” back in November.

It’s also written by Rick Eid, who is the showrunner and executive producer of Chicago PD. Eid took over the same duties on FBI, along with Chicago Fire co-creator Derek Haas, in the fall.

And as if that wasn’t enough, the director of “Identity Crisis” is Norberto Barba. Barba has helmed multiple installments of the Law & Order franchise. He also directed the Chicago Justice episode “Uncertainty Principle.”

That’s an awful lot of talent, and anyone who follows either of Dick Wolf‘s TV franchises will be interested in this episode—which also includes some backstory for a main character.

The murder of a judge sparks an investigation by OA Zidan (Zeeko Zaki) and Maggie Bell (Missy Peregrym), who promptly discover that the judge has a history with their boss Dana Mosier (Sela Ward).

Naturally, Mosier puts pressure on Zidan and Bell to catch her acquaintance’s killer or killers.

It’s the kind of story that plays well on any crime drama—a high-profile murder with a personal tie to one of the investigators, allowing for both personal and professional drama.

Between that and the excellent amount of talent both in front of and behind the camera (among the rest of the guest stars are Black Sails alum Zach McGowan and Beauty and the Beast‘s Nina Lisandrello), FBI is coming back on a high note. Play the video below for a preview of the episode:

For the latest FBI season 1 spoilers and news, plus more on all of Dick Wolf’s other series, follow the Dick Wolf category at One Chicago Center.