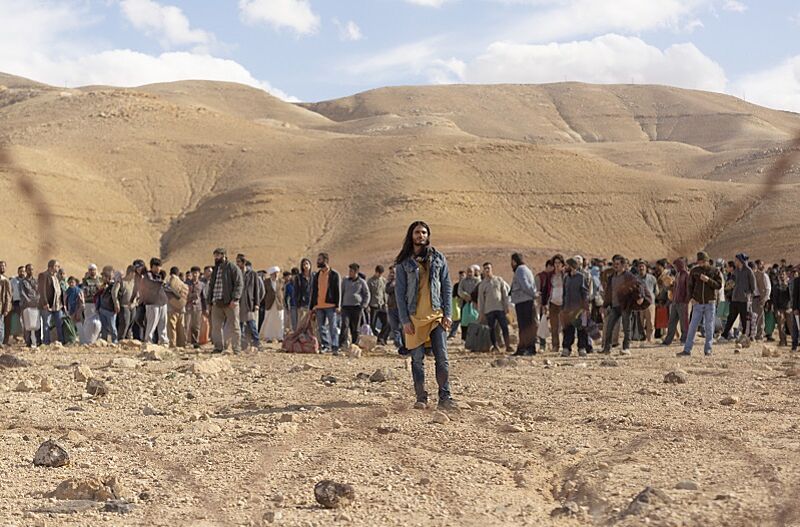 A still from the Netflix original series Messiah. Photo Credit: Courtesy of Netflix.

Messiah stars Golden Globe Award nominee Michelle Monaghan (True Detective) as a CIA agent who’s tasked with tracking down a mysterious man who’s been performing apparent miracles. Is he really the second coming, as many people want to believe? Or is this some kind of a con on a truly massive scale?

One Chicago fans will be more interested in the drama’s supporting cast. Wil Traval, who played Hailey Upton’s (Tracy Spiridakos) former colleague Sean McGrady in the episode “Fallen”, is the co-lead portraying federal agent Will Mathers.

Mathers has his own investigation, and his own agenda, which will bring him into conflict with his new teammate. Hopefully he’ll survive the season, unlike McGrady, who ended up killing himself just before his misdeeds were exposed.

But WIl Traval isn’t the only Chicago PD performer in the Messiah cast. Viewers will recognize Barbara Eve Harris from her many episodes as Commander Emma Crowley, who used to be the supervisor in charge of the Intelligence Unit. In this series, her character Katherine is the supervisor of the CIA agent.

Crowley disappeared without an explanation when PD started having Hank Voight (Jason Beghe) work directly with the higher-ups in the police department, so fans can appreciate getting to see Harris again, even if it’s not within the One Chicago universe.

And though Messiah has a heavy spiritual angle—one of its executive producers is Touched By An Angel star Roma Downey—it’s also equal parts a thriller so it might tide audiences over while they continue to wait for what happens next with Intelligence. There’s just less than a week to wait, and that’s more than enough time to binge-watch Messiah.

Next: What's next for Ruzek on Chicago PD?